Are COVID-19 "Rebounds" Only Possible After Taking Paxlovid?

Antiviral treatments like Paxlovid reduce the severity of coronavirus symptoms, though they're also associated with mild resurgences of the disease. Why do these resurgences occur, and are they only possible after antiviral therapies? 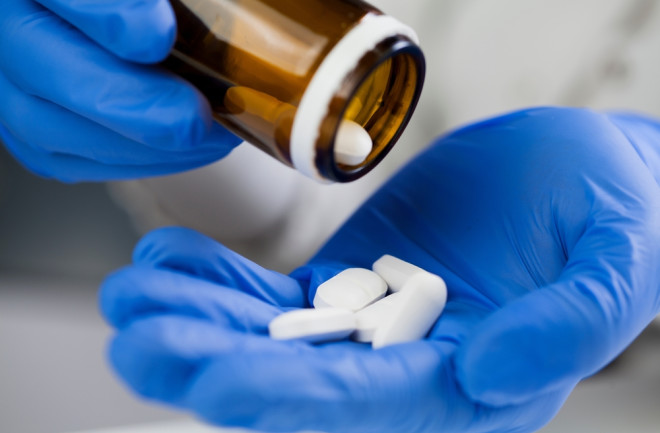 The antiviral treatment Paxlovid arose as a common prescription among patients with COVID-19. But many recipients of the treatment reported that their coronavirus symptoms stopped suddenly, only to flare up again after a few days or weeks of reprieve. Known as "Paxlovid rebound," these flare-ups became a recurrent subject of study for infectious disease specialists.

But what do we really know about these rebounds? Why do they occur, and are they only possible among patients who have taken an antiviral treatment for COVID-19?

What is Paxlovid Rebound?

Paxlovid is an oral, antiviral treatment prescribed to patients in the initial stages of a COVID-19 infection who are already at an increased risk of developing severe symptoms of the disease. This pool of patients tends to include people who are older, unvaccinated and have certain medical conditions and concerns, such as asthma and cancer.

And according to scientists, its use among at-risk individuals is stunningly successful at preventing severe COVID-19. In fact, preliminary studies suggest that the Pfizer-developed pills reduce the risk of severe outcomes, such as hospitalizations and deaths, by around 89 percent.

Paxlovid is similar to antiviral treatments for an assortment of other infections. It works best after the SARS-CoV-2 virus has already invaded the body but before it has spread widely – in this case, within the first five days of the first signs of any symptoms of infection. At that point, the treatment's one-two-punch of two different drugs, nirmatrelvir and ritonavir, target the virus and reduce its ability to replicate and spread. This ultimately stops the illness before it progresses into a more serious stage.

All that said, some recipients of the treatment (and particularly older recipients of the treatment) have had the disease and its symptoms dissipate after their therapy, only to face a resurgence a few days or weeks after completing the full five-day course of daily doses. When this occurs, a seemingly recovered patient may test positive for COVID-19 without seeing symptoms or may see symptoms without testing positive for COVID-19. Some actually receive positive test results and spikes of symptoms at the same time, meaning that they return to their previously infectious state while simultaneously facing an additional stint of fever, fatigue or sore, scratchy throat.

This variety of manifestations make it difficult for scientists to determine the rate of rebound among patients after antiviral treatments. While some recently published research conservatively states that these resurgences occur in only 1 percent of the therapy's recipients, other reviews find much more substantial rates of rebound, closer to around 30 percent.

Much more mysterious are the mechanisms that cause these rebounds. One of the most prevalent theories suggests that the full course of the treatment can prevent the immune system from properly attacking any virus that may persist after the prescription of Paxlovid fades out of patients’ systems, allowing the virus to recoup and resurge. That said, a systematic study must still substantiate the truth to this theory.

Can COVID-19 Rebound Without Paxlovid?

While the "Paxlovid rebound" remains mysterious, scientists are starting to reveal more about these resurgences. For instance, studies suggest that these rebounds are much more prevalent in the aftermath of antiviral treatments and therapies. But some research indicates that the recurrence can occur whether or not a patient receives an antiviral treatment such as Paxlovid.

In fact, a new paper published in JAMA Network Open states that a significant portion of untreated individuals rebound. According to this study, as many as 44 percent of coronavirus patients who have not taken Paxlovid have had their symptoms return one or more times. This happens in the four to five weeks after their initial improvement, causing a cough or some other symptom.

The question is, why? Well, specialists say that these resurgences can occur in the course of other viral infections. This includes the common cold and the seasonal influenza, and should be considered a natural, and potentially necessary, part of the process of fighting off a virus.

According to these scientists, symptoms can appear, then disappear, then appear again thanks to the way that the immune system takes care of an infection. The first set of symptoms may surface thanks to the initial invasion of the virus. And the second set may arise thanks to the increase in immune activity that fends off the invaders, which can create internal inflammation and result in additional fare-ups of fatigue or coughing.

Read more: Why Are Viruses More Active In The Winter?

Ultimately, scientists say that while it is important to acknowledge the possibility of a rebound and to isolate oneself for the protection of others if such a rebound occurs, the symptoms of these resurgences rarely result in severe outcomes. According to the recent JAMA Network Open study, the vast majority of those who felt a return of symptoms — approximately 85 percent — reported that they remained relatively mild.

What New Variants Of COVID-19 Are Currently Circulating?

More From Discover
Mind
Can Playing Video Games Make You Smarter?
Health
Calorie-Restricted Diets May Not Live Up to the Hype
Health
6 Ways to Exercise Outdoors in Winter
Health
What Factors Matter Most For Weight Loss?
Mind
Try These 6 Science-Backed Secrets to Happiness
Health
How "Fitspiration" Social Posts Can Actually Discourage Exercise
Recommendations From Our Store
My Science ShopDiscover STEM Kits
My Science ShopDiscover 2022 Calendar
My Science ShopStrange Science
My Science ShopElements Flashcards
Shop Now
Stay Curious
Join
Our List