The Human Epoch: When Did the Anthropocene Begin?

Humans and their activities hijacked Earth. Scientists investigate when the takeover began. 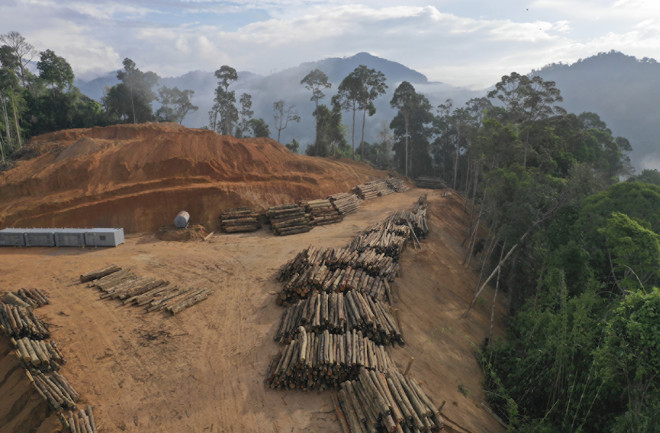 For better or worse, humans are the dominant force shaping Earth’s ecosystems, and have been for a lot longer than you might think. (Credit: Rich Carey/Shutterstock)

This article appeared in the July/August 2021 issue of Discover magazine as "The Anthropocene’s Ancient Origins." Subscribe for more stories like these.

There’s no doubt humans are at Earth’s helm, setting the course of future climate and biodiversity. Our species is now the dominant force shaping Earth’s climate and ecosystems, supplanting forces like solar orbit, volcanism and natural selection, which had directed the planet for most of its 4.5 billion years. Welcome to the Anthropocene, a proposed new epoch in Earth history, in which Homo sapiens are blindly steering the ship.

For the past decade, a scientific committee known as the Anthropocene Working Group (AWG) has been investigating when the Anthropocene began. In 2016, they voted for a 1950s start. Most members contend that’s when humans became a global superpower, through both nuclear weapons testing and the post-World War II boom in population and production, known as the Great Acceleration.

The AWG plans to propose adding the Anthropocene to the geological timescale, Earth’s official timeline, which is divided into phases based on dramatic environmental change evident from fossils and rocks. For instance, the Late Cretaceous epoch ended 66 million years ago, with the mass extinction that killed off the dinosaurs. The melting of mile-high glaciers 11,700 years ago ushered in the Holocene — an epoch characterized by fairly temperate conditions, amenable to agriculture, permanent settlements and civilization as we know it.

The Brazil nut tree (Bertholletia excelsa) would have been useful to early civilizations and cultivated as such. The impact of that cultivation is evident even today. (Credit: Sablinstanislav/Dreamstime)

But the AWG and others contend that human activities cut the Holocene short. We’re in the midst of a transition, from the predictable Holocene to the uncharted Anthropocene. “There’s never been a geologic epoch that’s been viewed so close up. It wasn’t like scientists were sitting around 10,000 years ago watching the end of the glaciation,” says AWG member Erle Ellis, a professor of geography and environmental systems at the University of Maryland, Baltimore County.

Catastrophic asteroids aside, most transitions unfold over tens of thousand to millions of years. But because the geological timescale covers 4.5 billion years, these long stretches of change are sudden blips between even longer distinct Earth regimes. To geologists studying rock formations, those blips look like sharp boundaries between different sedimentary layers.

Geologists have detected a worldwide marker laid in the 1950s, which could signal the start of the Anthropocene. During that period, radioactive particles released from nuclear weapons deposited a vivid marker in sediments around the world. A thousand years from now, someone digging could hit that layer and know they’ve reached mid-20th century material. In the coming years, the AWG will send an official proposal to the International Commission on Stratigraphy for a final decision on whether to add the Anthropocene to the geological timescale, with a 1950s start.

But not everyone is in agreement. Ellis was among four of 34 AWG members who voted against the mid-20th century start. He sees the Holocene- Anthropocene transition as more complex and gradual, unfolding at various times and tempos, depending on the type of evidence considered.

While the AWG is interdisciplinary, including chemists, biologists and historians, most members are geologists — trained to analyze vast timespans. In addition to geographer Ellis and one geologist, the dissenting votes came from the group’s two archaeologists, scientists who investigate human-caused changes over (mere) hundreds or thousands of years.

They represent a minority view in the AWG, but outside the group, many experts share their stance. Together they’ve published papers in Nature, Current Anthropology and other journals that show humanity’s influence extends back millennia — to the dawn of urbanism or agriculture, or even before.

The matter is more than a philosophical debate. Models projecting future climate depend on reconstructions of past natural conditions, before significant human modification. To get that data, climate scientists and ecologists often use “preindustrial baselines,” environmental conditions before industrialization, assuming those were natural. Archaeologist Nicole Boivin thinks they need to look deeper in time. “Where’s the baseline?” says Boivin, director of the Max Planck Institute for the Science of Human History, in Jena, Germany.

Like many archaeologists’ work, her research shows people substantially altered the planet long before the Great Acceleration. But she stresses a critical distinction between those ancient modifications and what’s happened since the 20th century. “Although the scale of change was really huge in the past, it’s just unbelievably massive today,” she says. “A whole new ballgame.”

To avoid minimizing the current climate crisis, Boivin suggests calling earlier transformations the Paleo-Anthropocene or Proto-Anthropocene. Studying this phase could help clarify the natural baselines and also reveal the long-term sustainability of various human-environment interactions. For instance, what farming practices lasted millennia and which ones depleted the landscape in decades?

Boivin and colleagues highlighted a major way ancient peoples transformed Earth by shaping species distributions, outlined in a 2016 Proceedings of the National Academy of Sciences paper. For millennia, we’ve driven species to extinction, proliferated others like chicken and corn, and moved creatures around the globe. Reviewing evidence ranging from microscopic plant remains to mammoth bones, the researchers concluded natural ecosystems do not exist, and in most places, haven’t for thousands of years.

Supporting the central claim of Boivin’s 2016 paper, scientists are finding that ancient humans remodeled even the most pristine-looking environments, like Amazonia.

“There’s a huge paradigm shift going on in the Amazon,” says paleoecologist Yoshi Maezumi. We now know Indigenous people were there, engineering the landscape, millennia earlier than assumed; they domesticated squash and manioc in the then-treeless savannah bordering Amazon forests 10,000 years ago, according to a 2020 Nature paper. That’s close in age to the oldest known crop domestication, in the Middle East about 12,000 years back. Through this planting and dumping of food waste, ancient humans in Amazonia created nutrient-rich soils, leading to the growth of thousands of arboreal islands, still standing in the grasslands of present-day Bolivia.

Deep within the rainforest, strong evidence points to humans cultivating useful tree species close to their homes. While the Amazon Basin contains an estimated 16,000 woody species, half the trees belong to just 227 species, known as hyperdominants. In a 2017 Science study, researchers compared the distribution of 3,348 pre-Columbian archaeological sites with forestry surveys conducted across the region. The analysis showed oft-domesticated trees, including the Brazil nut, nutmeg and palm, grow in abundance closer to archaeological sites, and overall are five times more likely to be hyperdominant than would be expected. This suggests past people nurtured these trees and discouraged the growth of other species.

Ancient Amazonians had “lasting impacts on the environment, both positive and negative,” says Maezumi, based at the University of Amsterdam.

By analyzing charcoal and pollen grains in deep, layered lake sediments, Maezumi reconstructs changes in ecology and wildfires over time. Working with archaeologists and other experts, she recently lined up this data with the rise and decline of Amazonian societies. Her work, published in 2019, shows some groups developed sustainable agroforestry: By cultivating diverse, dispersed trees and other crops that enriched the soil, these cultures persisted through different climate conditions. But societies that grew a few species, in concentrated abundance, collapsed during past climate change.

While fossil fuels and modern trash leave an obvious mark on the environment, they are points on a continuum stretching back millennia. (Credit: Rudmer Zwerver/Shutterstock)

“The practices can definitely provide analogues or lessons for how we could use the land today,” says Maezumi.

To truly characterize the Anthropocene’s emergence, researchers need a global view of the archaeological and environmental records. To glean that, Ellis, Boivin and others surveyed 255 archaeologists about land use, identifying specific areas of expertise and time periods between 10,000 B.C. and A.D. 1850. The results, published in Science in 2019, suggest that the continents held more human-modified land than wilderness 3,000 years ago. In some areas, like temperate Europe and northeast China, that’s about 2,000 years older than dates for widespread farming and grazing in climate reconstructions made by earth scientists.

However, land use is just one component of our species’ footprint, and the survey relied on expert opinion, rather than actual archaeological data. Using the study as a springboard, an initiative based at the Max Planck Institute in Jena aims to synthesize global data on humanity’s environmental impacts. The project intends to capture “everything from burning regimes and agricultural use, all the way up through microplastics and persistent organic pollutants from things like fertilizer and fossil fuels,” says archaeologist Andrea Kay, a postdoctoral researcher coordinating the effort.

In planned excavations, postponed due to COVID-19, the team will collect all human-made remains — from microplastics to ancient stone tools — from surface level to bedrock. Meanwhile they’re forging ahead with a massive synthesis of the existing data, stored in notebooks and on hard drives of researchers around the world.

The time is right for such an undertaking. The Max Planck team now has the necessary computing power, and due to the pandemic, they’re parked at home and working to make sense of the accumulated evidence.

The hope is that the archaeological data will tell a more fine-grained history of how and when the Anthropocene began — and what humans must do to steer Earth to a sustainable future.

The Reason Why 2,000-Year-Old Roman Concrete is Still so Strong