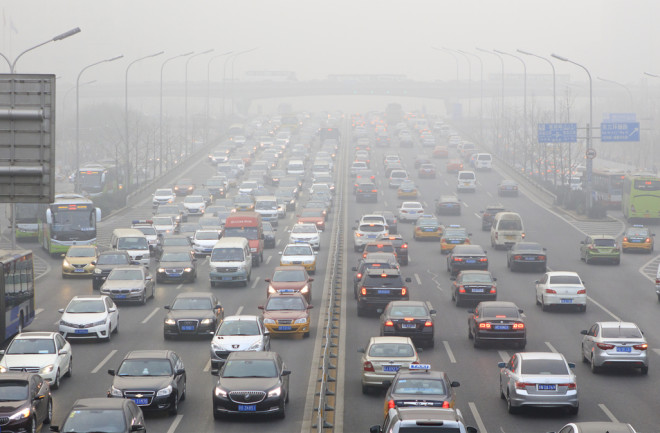 Traffic-related pollution is likely a major driver of pediatric asthma, according to a new study from George Washington University. The research, which evaluated more than 13,000 cities around the world, suggests urban areas pose a higher risk for this condition and states that “mitigating air pollution should be a crucial element of public health strategies for children.”

The results, published in The Lancet Planetary Health, found that nitrogen dioxide (NO2), a gas commonly found in vehicle exhaust, is the cause of nearly 2 million new cases of pediatric asthma per year. Two-thirds of these cases occurred in urban areas where emissions are high.

It's important to note that the proportion of pediatric asthma attributed to NO2 in urban areas decreased from about 20 percent in 2000 to 16 percent in 2019. This shift was likely related to cleaner air regulations, more fuel-efficient vehicles and the shift from coal plants to cleaner fuels in Europe and the U.S. However, NO2 pollution has risen in South Asia, the Middle East and Sub-Saharan Africa. The number of new cases in 2019 indicates that much more needs to be done to combat air pollution worldwide.

“Our findings suggest that millions of new cases of pediatric asthma could be prevented in cities around the world by reducing air pollution,” said Susan Anenberg, a lead author of the recent study. “Improving access to cleaner forms of transportation, like electrified public transport and active commuting by cycling and walking, would not only bring down NO2 levels, but would also reduce asthma, enhance physical fitness and cut greenhouse gas emissions.”

The use of cleaner energy and transportation services could help children and adults live longer, healthier lives, particularly in urban areas. Especially since a second report released by the same research team found that 1.8 million preventable, premature deaths in 2019 have been linked to urban air pollution.

This issue affects a significant portion of the world's population: The same report noted that 86 percent of urban inhabitants live in areas that exceed the World Health Organization's (WHO) guidelines on fine particulate matter. Air pollution can cause premature deaths due to stroke, heart disease, pulmonary disease, lung cancer and acute respiratory infection.

Tiny Robots Are Fishing For Microplastics

Washing and Drying Machines are Polluting the Air

Algal Blooms May Have Threatened These Ancient Cities

More From Discover
Health
Why You Should Start Swimming for Exercise This Summer
Health
The Mental and Physical Benefits of Getting Outdoors
Health
Woman's Breathing Difficulties Baffle Doctors
Health
TikTok Responsible For Mediterranean Diet Misinformation, New Study Suggests
Health
A History of Smallpox Disease and Why It Relates to Monkeypox
Health
Why Some Plant-Based Diets Could Reduce Your Risk of Diabetes
Recommendations From Our Store
My Science ShopDiscover STEM Kits
My Science ShopDiscover 2022 Calendar
My Science ShopStrange Science
My Science ShopElements Flashcards
Shop Now
Stay Curious
Join
Our List