Investors Are Betting on Seafood Alternatives

But will faux fish rise to the level of popularity that other alternative meat and milk products boast? 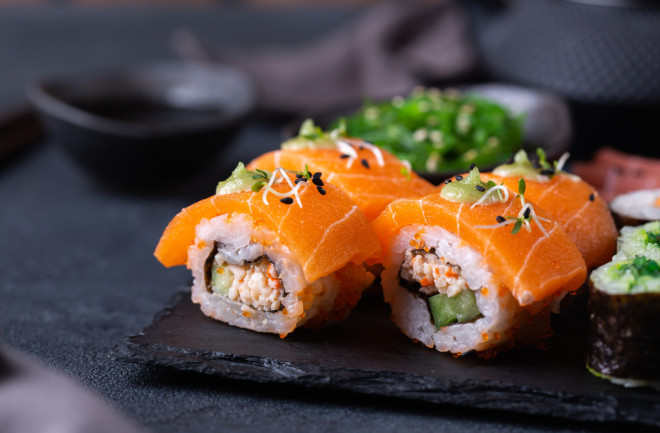 A new study published in PNAS confirms that food products made from animals are far more environmentally damaging than those made from plants or microorganisms. While that might not come as a surprise to many of us, the sheer scale of the study makes the ecological consequences of our current food systems an increasingly tough problem to ignore.

Researchers from the University of Oxford estimated the environmental impact of 57,000 food products, including the greenhouse gases emitted by the production of each food type. But they also looked at land use, water use and the potential for byproducts to pollute our rivers and lakes with nitrogen.

After crunching the numbers, the scientists concluded that many alternatives to meat have less than one-fifth and sometimes just one-tenth the environmental impact of their meat-based counterparts. “We have taken a significant first step toward providing information that could enable informed decision,” said lead author and postdoctoral researcher Michael Clark in a statement.

But what about substitutes for lobster, crab and fish? In many ways, lab-made or artificial seafood simply isn’t as advanced (or as commonplace) as other meat replacements. Researchers are working to correct this.

The question of alternative seafood was the basis of a workshop at the Future Food-Tech Alternative Proteins Summit in New York this summer — and more than $175 million was invested in alternative seafood companies in 2021. That’s a 92 percent increase compared to 2020, according to a report from the Good Food Institute.

Investors are perhaps buoyed by the booming plant-based foods market in the U.S., which grew by 27 percent in 2020 to reach $7 billion in sales. The vast majority of this market, by the way, was composed of alternative meat and milk products. For now, at least, seafood alternatives don’t enjoy the same popularity among consumers.

It’s difficult to say exactly why faux fish hasn’t yet caught on, but some experts think it could be because seafood is seen as a healthy option when meat isn’t. “Conventional seafood really has a health halo around it,” Marika Azoff, a corporate engagement specialist at the Good Food Institute, told CNBC. “It’s seen as a very healthy food that doctors often tell patients to consume more of.”

For those shifting to plant-based foods for health reasons, rather than environmental, that makes the switch to alternative seafood less pressing.

Despite this, the environmental argument for reducing our seafood consumption is a convincing one. Recent research describes the scale of unsustainable fishing practices around the world: As much as 35 percent of all seafood harvested from the world’s waterways never makes it to a consumers’ plate, according to the Food and Agriculture Organization of the United Nations.

All along the supply chain, in fact, from fishing nets to supermarket shelves, waste is a major problem. In the European Union alone, fishermen tipped at least 230,000 tonnes of fresh fish back into the sea in 2019. More than 90 percent of that waste can be blamed on the bottom-trawling method of fishing, in which the seafloor is scraped, dredging up everything in its path.

While it can take years of research for manufacturers to make plant-based alternatives that genuinely replicate the taste and texture of their animal counterparts, there’s nothing about seafood that makes the process inherently more complicated. And the influx of investment dollars into innovative food tech companies might mean that we don’t have long to wait before alternative seafood is brought into the culinary mainstream.

Is 'Expired' Milk Safe to Drink? Here's How to Know When to Throw Away Food

More From Discover
Health
What Science Says About the Weight-Loss Potential of The One-Meal-a-Day Diet
Health
Liquid Meal Replacements: Can We Move Beyond Food?
Health
Calorie-Restricted Diets May Not Live Up to the Hype
Health
Why Do Some People Live So Long?
Health
The Science Behind Fasting Diets
Health
Do 3,500 Calories Really Equal a Pound of Fat?
Recommendations From Our Store
My Science ShopDiscover STEM Kits
My Science ShopDiscover 2022 Calendar
My Science ShopStrange Science
My Science ShopElements Flashcards
Shop Now
Stay Curious
Join
Our List